The Tiger II is a German heavy tank of the Second World War. The final official German designation was Panzerkampfwagen Tiger Ausf. B, often shortened to Tiger B. The ordnance inventory designation was Sd.Kfz. 182. (Sd.Kfz. 267 and 268 for command vehicles). It was known as King Tiger by Allied soldiers, and is also known under the informal name Königstiger (the German name for the Bengal tiger which translates literally as Royal Tiger). The name Königstiger was never used in contemporary German documentation, but was used extensively after the war.

The Tiger II was the successor to the Tiger I, combining the latter’s thick armour with the armour sloping used on the Panther medium tank. The tank weighed almost 70 tonnes, and was protected by 100 to 185 mm (3.9 to 7.3 in) of armour to the front. It was armed with the long barrelled 8.8 cm KwK 43 L/71 anti-tank cannon. The chassis was also the basis for the Jagdtiger turretless Jagdpanzer anti-tank vehicle. 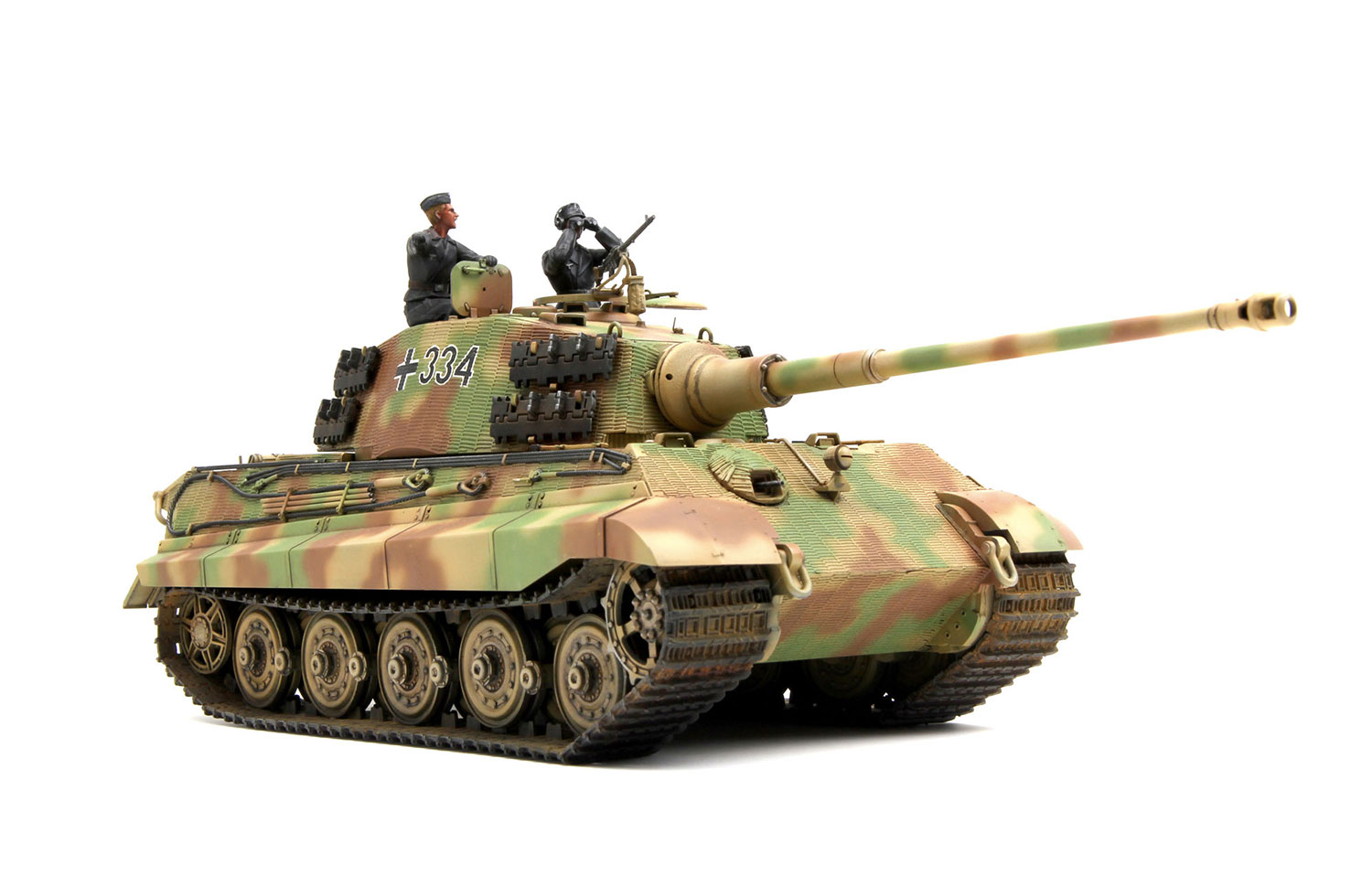 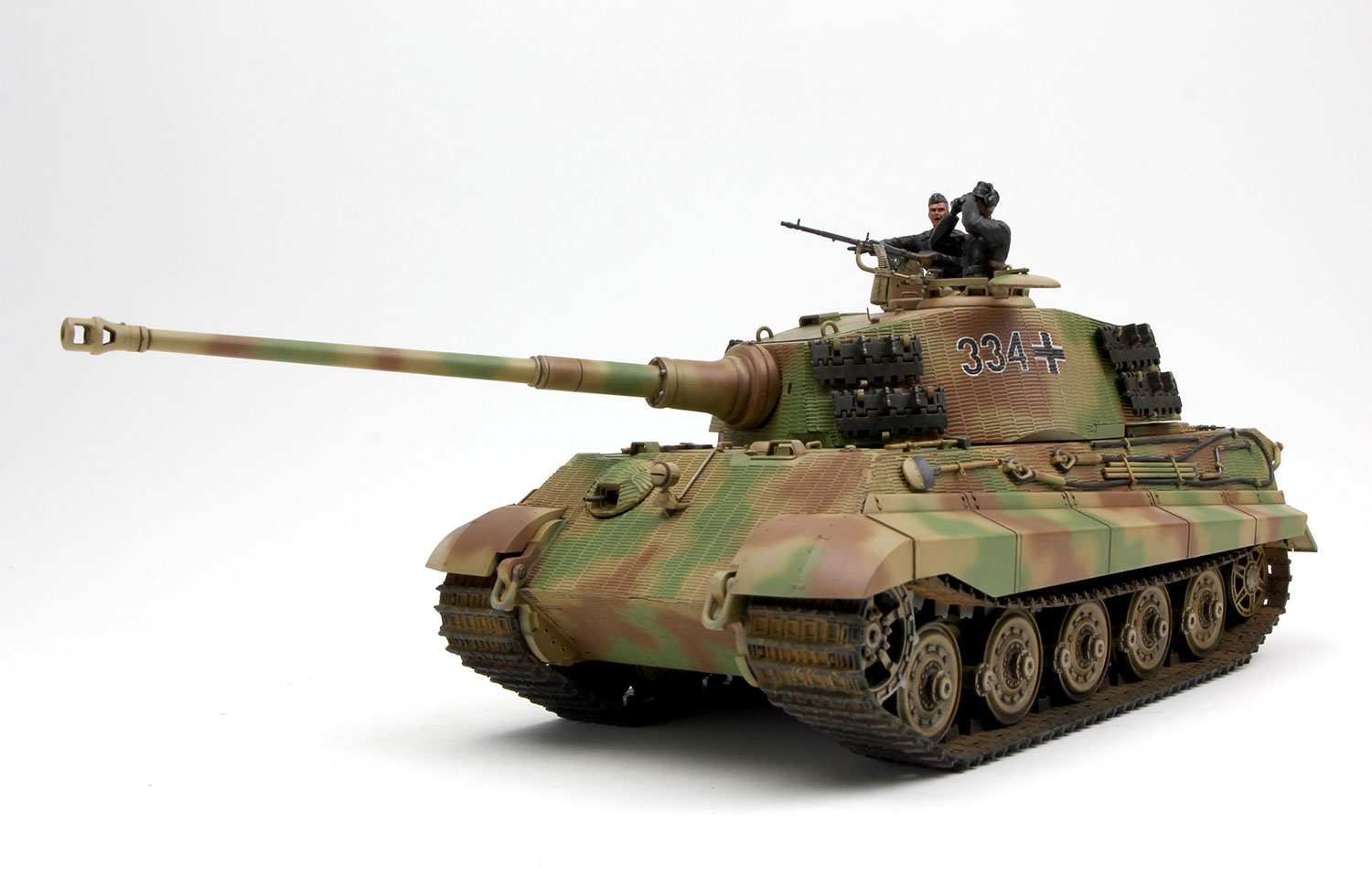 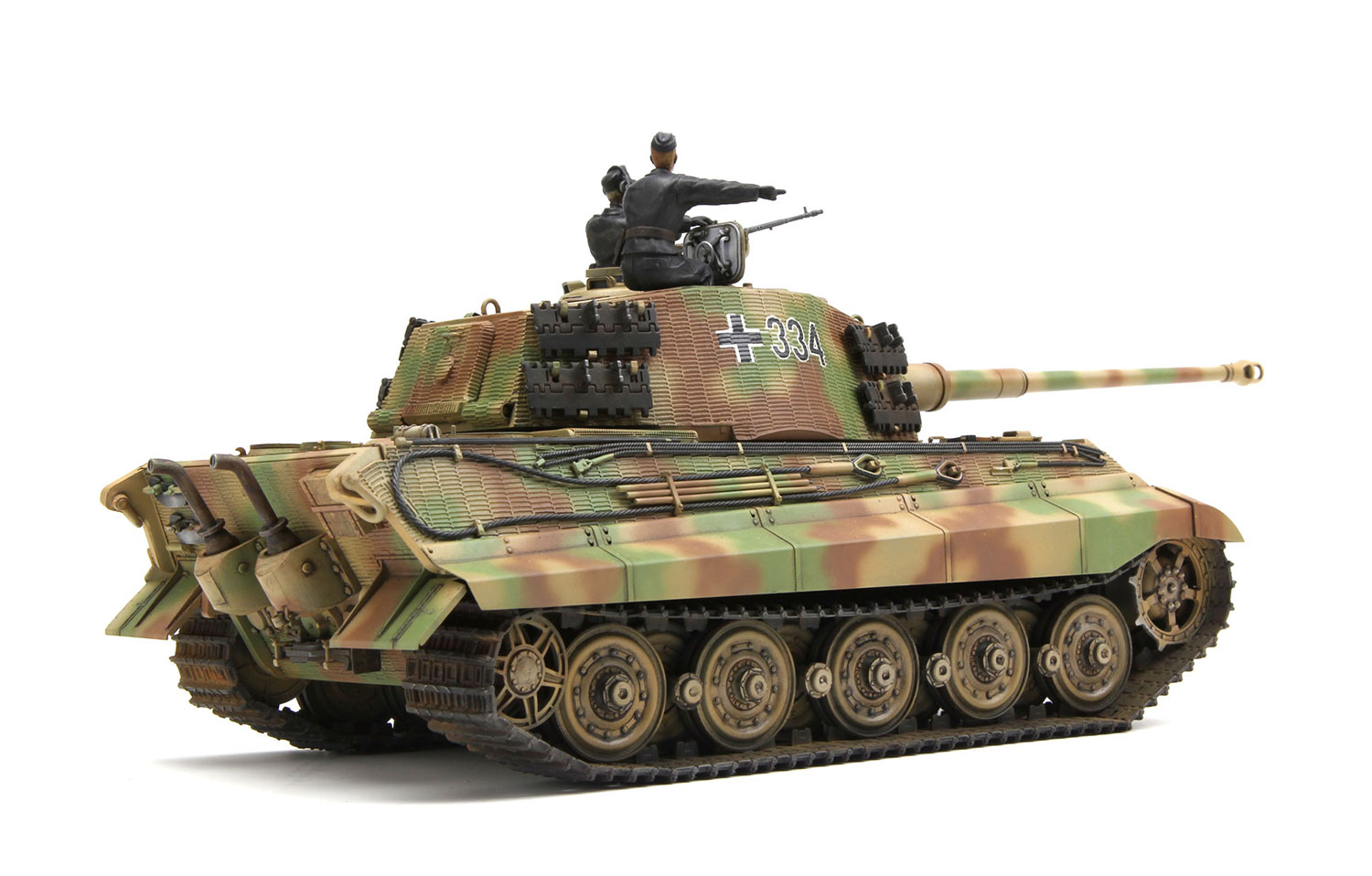 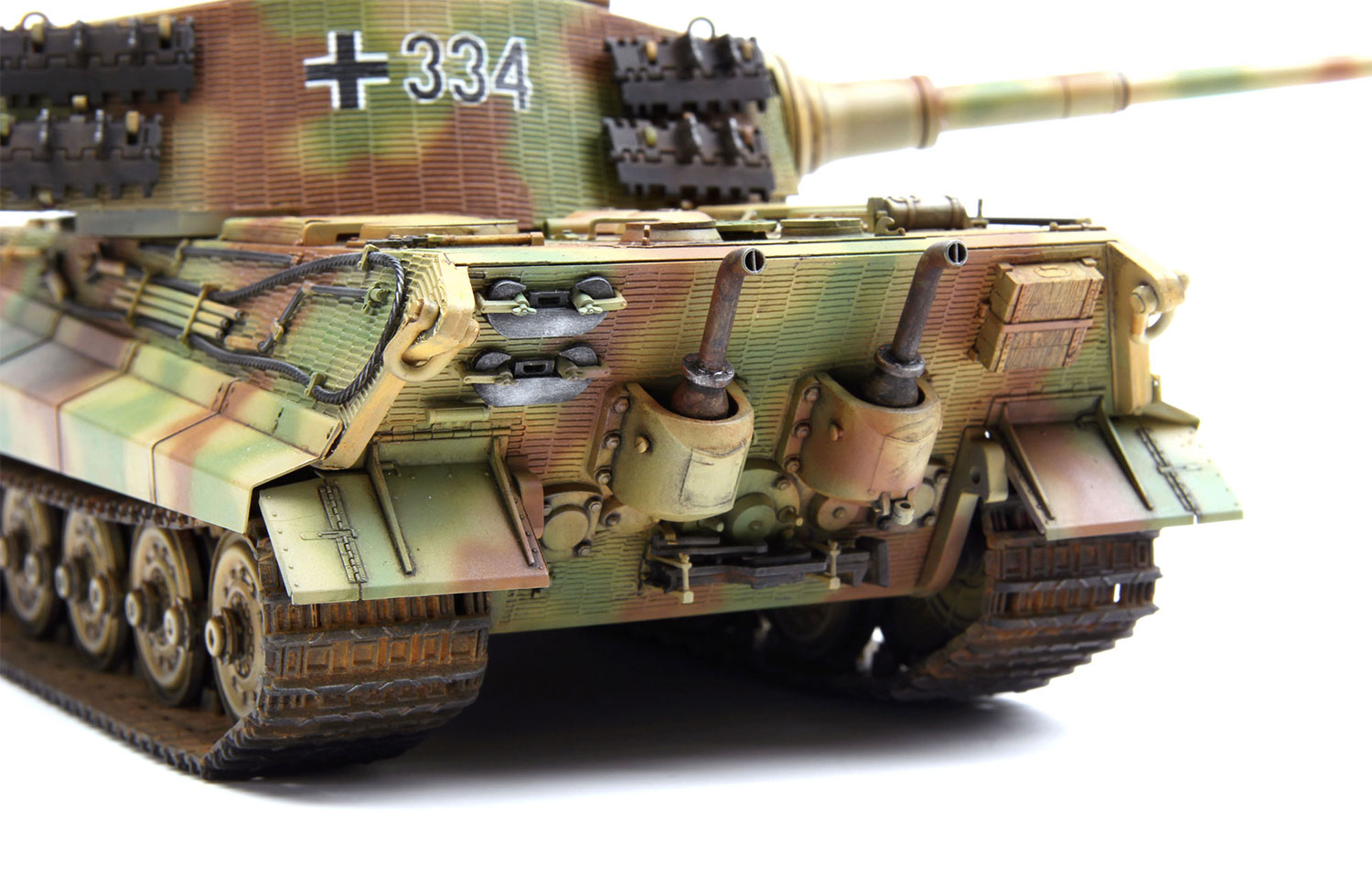 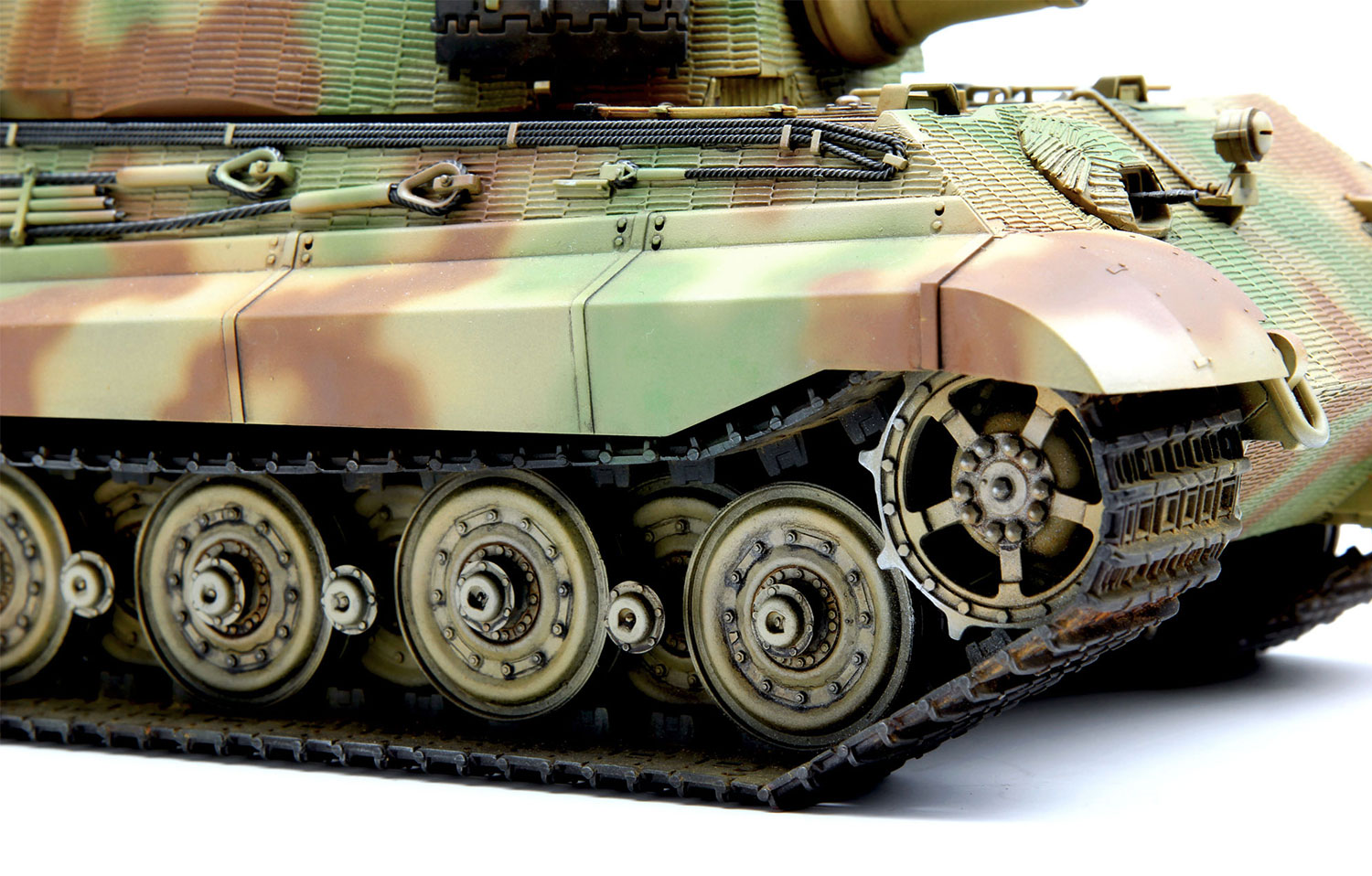 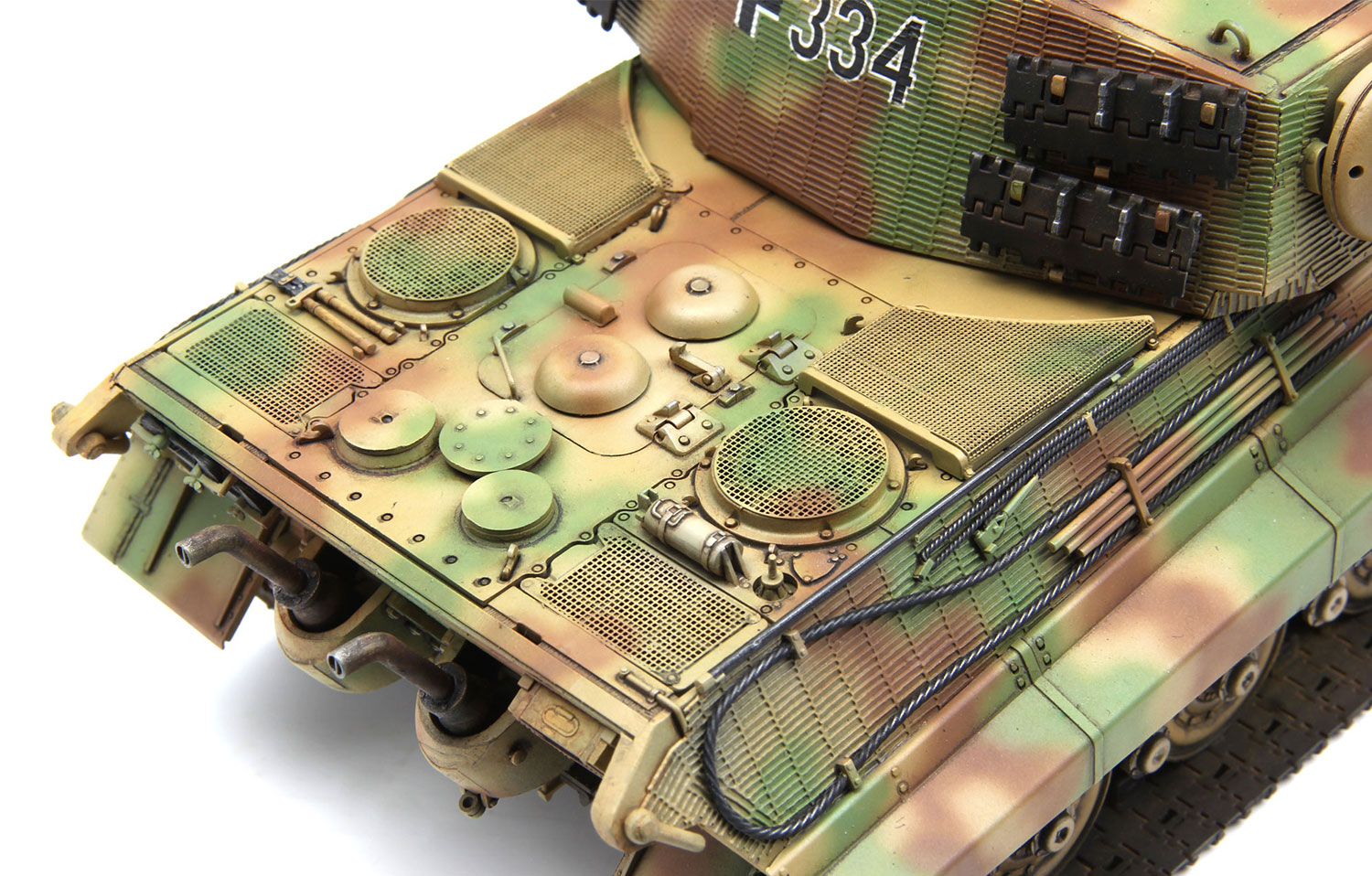 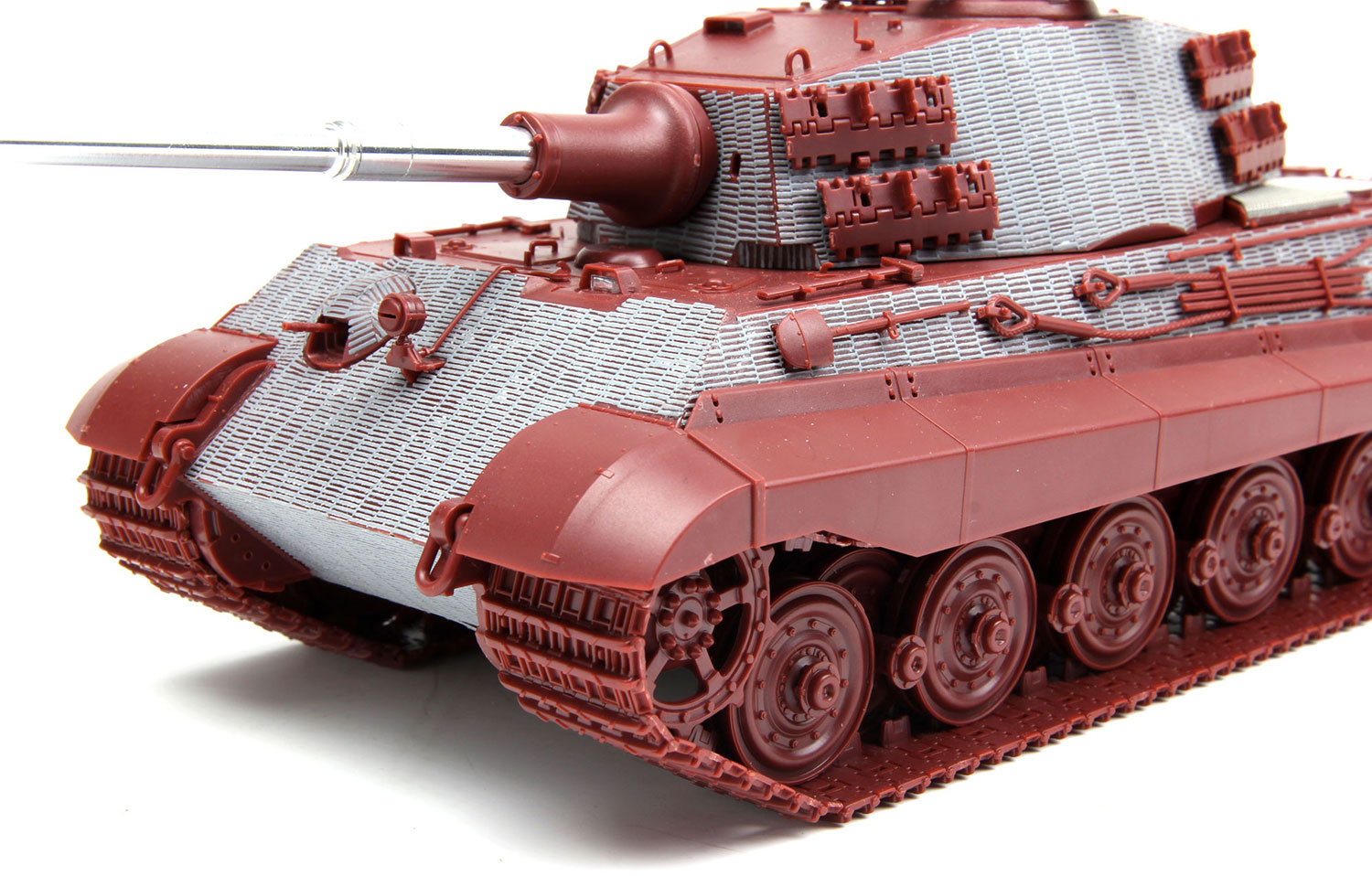 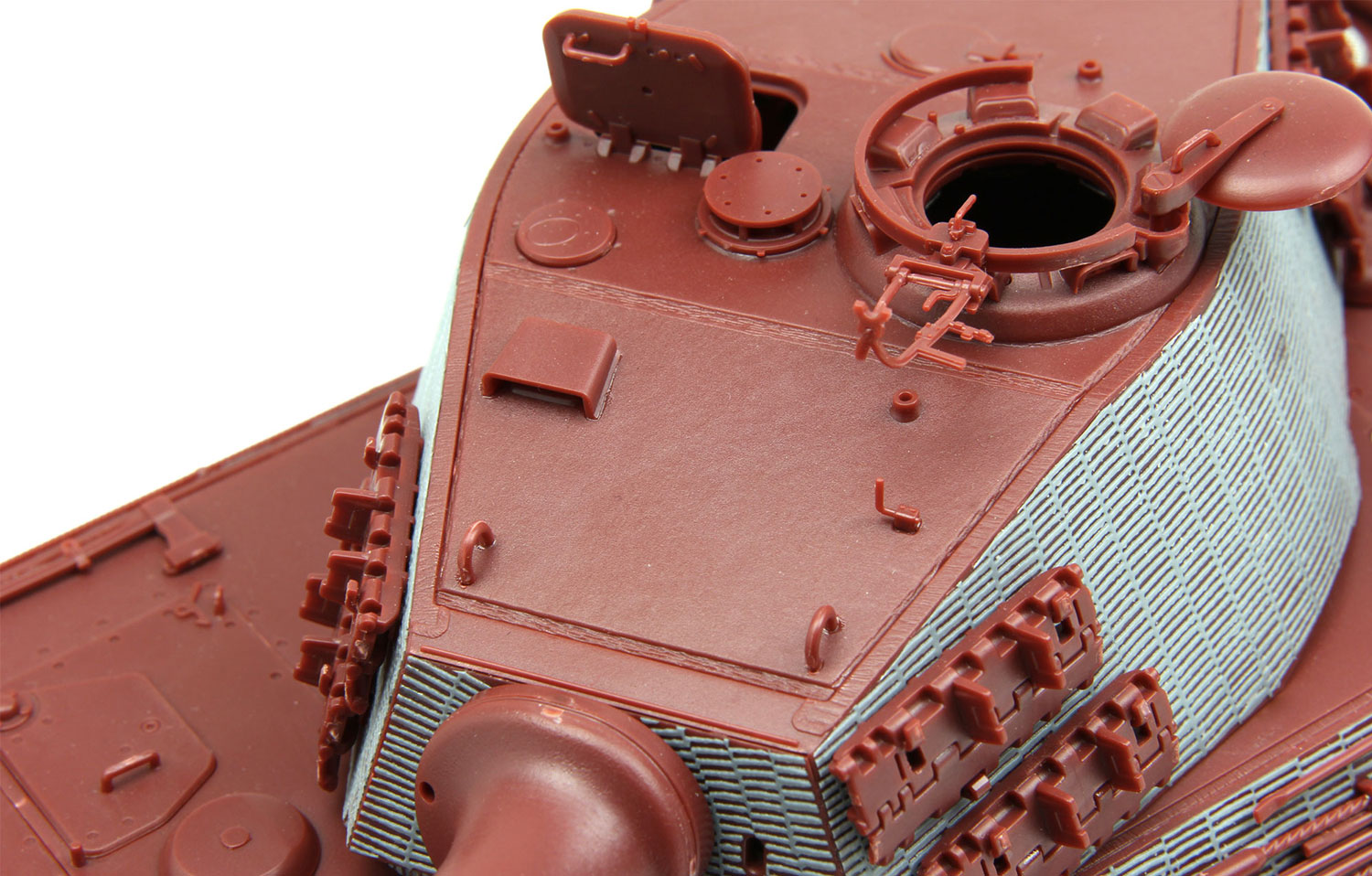 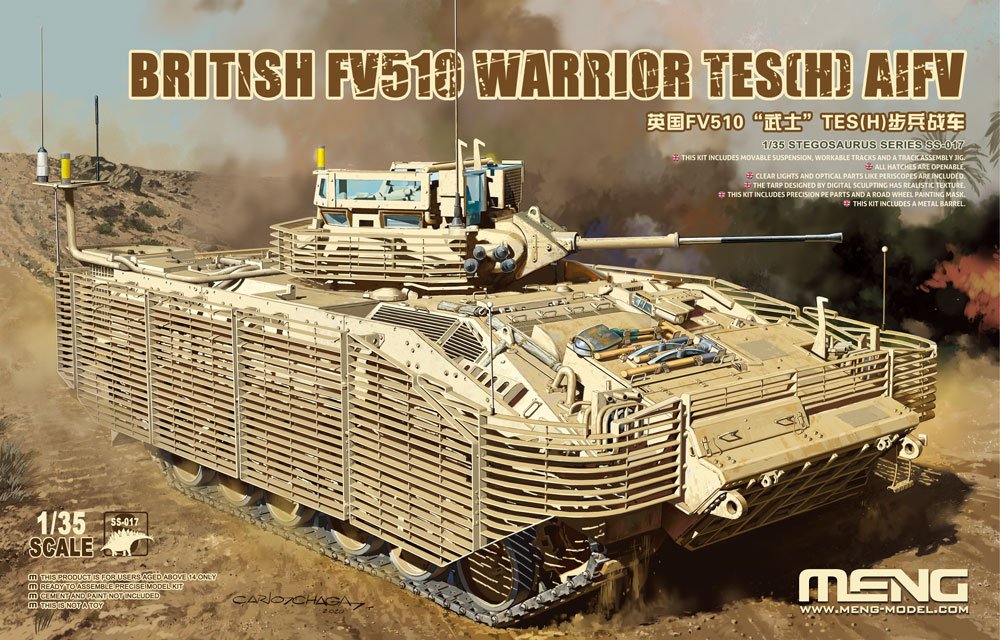 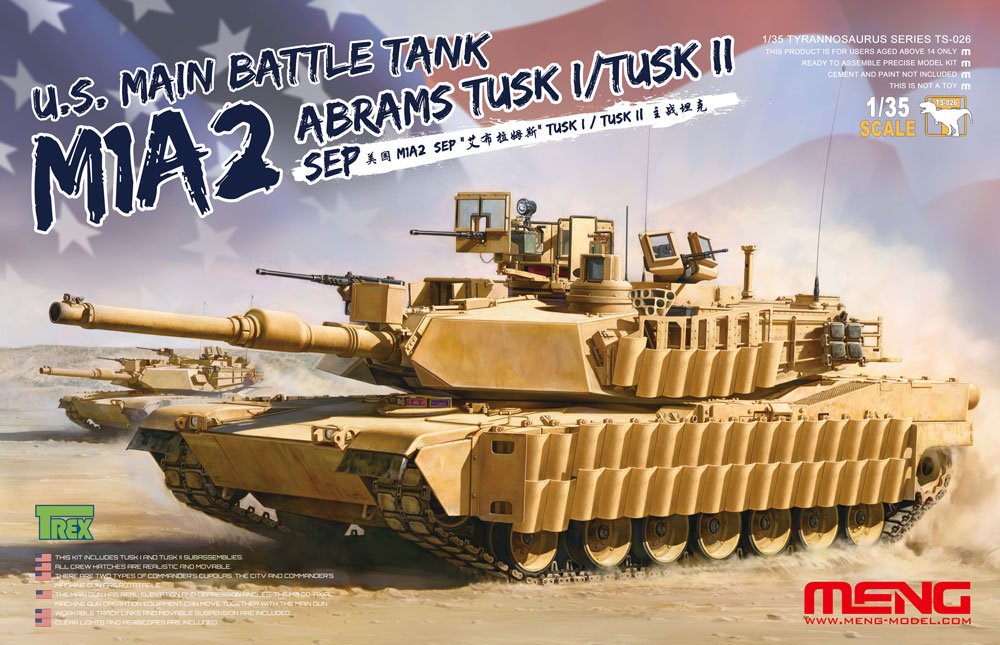 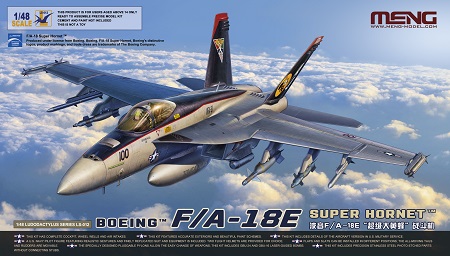